We’re a BYOC family (bring your own cake). Our cupcakes need to be both gluten free and dairy free for my kiddos and so does our frosting. Bringing our own cupcakes to parties has made me want to learn how to make them extra special and change up the flavors, colors and cupcake toppers. But, with all of the birthday and classroom celebrations throughout the year, it’s also inspired me to find ways to cut down on the baking time. 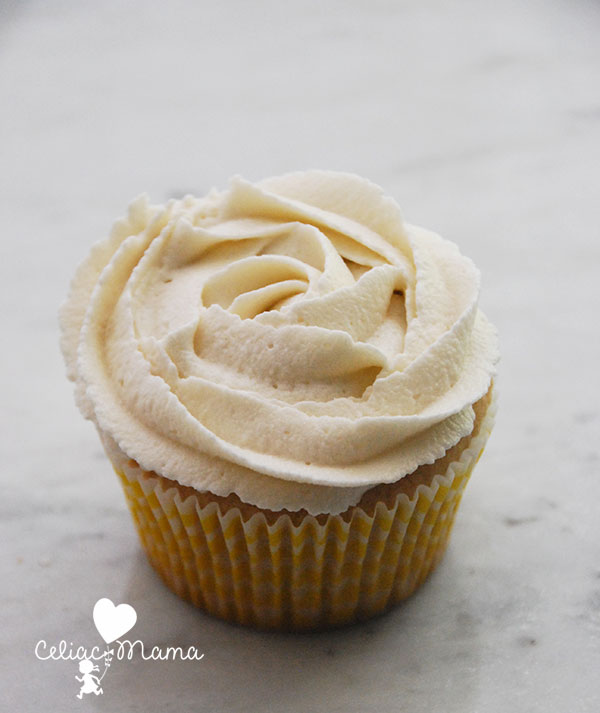 When I make gluten free cupcakes, I like to make them in large batches so that I can freeze leftovers for future birthday parties and celebrations. To make things even easier, I frost the ones that are going to be stored at my daughter’s school, and then I place the rest of it in a sealed container in the refrigerator for later use.

I recently went to the GFFA Fest in Brooklyn to do a cupcake demo. I knew that I’d have access to one stand mixer, and I wanted to teach the audience how to make three different flavors of frosting. This presented a challenge, but after experimenting I realized that I could make one large batch of vanilla, divide it in half and make chocolate out of the remaining half. I was so excited when I realized this because I knew it would make the demo flow easier, but also about what it meant long term for me. I would never have to make two batches of frosting again. I could use one bowl, and clean up one time and have two delicious flavors of chocolate and vanilla vegan frosting. 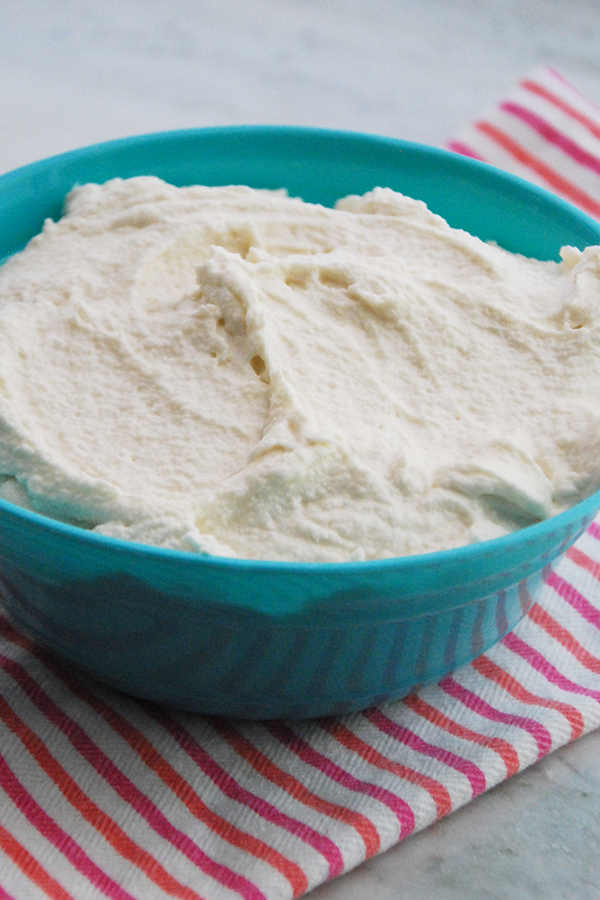 It was a huge light bulb moment for me, and so I had to share it with you. In total, the recipe calls for 6 ingredients and it’s quite simple to make. The recipe below is for 2 cups of Vanilla Vegan Frosting. Below, you’ll find instructions to make it strawberry and chocolate too, and my favorite decorating tips.

This recipe is gluten free, vegan and free of the top 8 most common allergens. It makes 2 cups of frosting, enough to frost one dozen cupcakes. 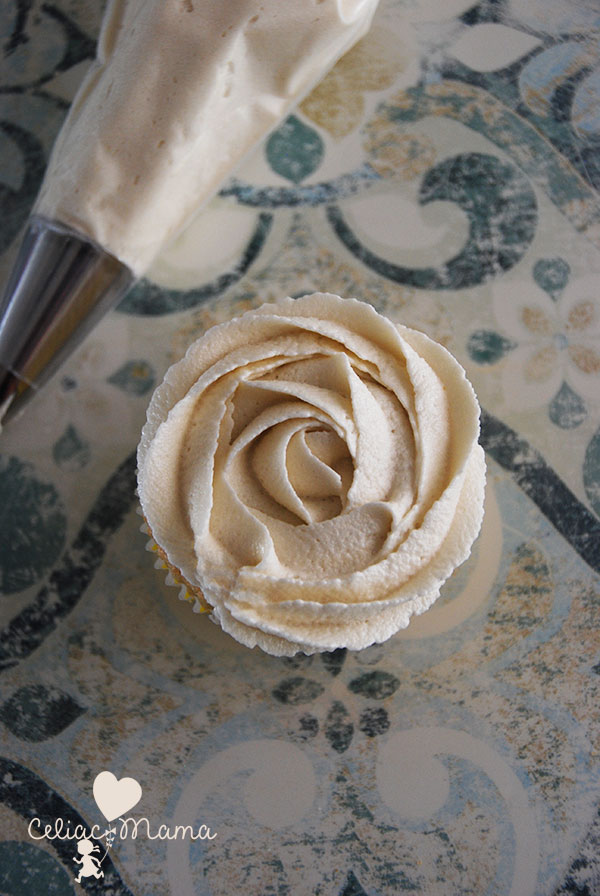 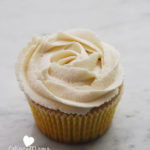 This recipe creates two cups of vanilla frosting, which is enough to frost 1 dozen cupcakes. It is gluten free, vegan and free of the top 8 most common allergens.

Add 1 tsp of coconut milk at a time if it's too dry.

If you’re dividing this recipe in half, then you’ll take one cup (half) of the vanilla vegan frosting out of the stand mixer and set aside. With the remaining frosting, add in 1/2 cup of cocoa powder and 1 more tbsp of coconut milk. If you prefer a lighter chocolate flavor, then add in 1/4 cup of the cocoa powder at a time until you reach the level of chocolatey flavor that you like. Mix on medium for 5 minutes. If you want to make a full batch of chocolate, I still recommend starting with the 1/2 cup of cocoa powder, mixing it in and then adding 1/8 cup more at a time until you reach the desired level of chocolatey goodness.

Making strawberry frosting couldn’t be easier, as you only need to add one ingredient! Yes, really. I have tried making frostings from homemade strawberry syrup, and while they taste good too it takes an hour or more to make and then cool, etc. Plus, you have to make sure that the syrup doesn’t make the frosting too thin. So, when I discovered that blended up freeze dried strawberries worked in frosting I was beyond excited! They make a powder, similar to cocoa powder, which is the perfect add in to frosting and the strawberry flavor is ahhhhmazing. It’s always a favorite with kids and adults alike. No need to add more milk when making this version.

If you’re starting with the above recipe and cutting it in half, then you’ll need to add 1/4 cup – 1/2 cup of blended freeze dried strawberries. Once blended up, they should make a fine powder. Mix it into your vanilla frosting by hand with a fork until well combined and that’s it! If you’re making the whole batch strawberry, I still recommend starting with the same amount of freeze dried strawberry and adding 1/4 cup more at a time until you find the desired strawberry color and flavor.

My favorite decorating tips are the Wilton #1M, which makes beautiful roses in a snap. I also like #12, which gives a nice, classic swirl. For stars, or swirls with pretty ridges to them, I use #6B. You can find them all on Amazon or at crafting stores like Michael’s.

After creating this recipe, I found two similar vegan frosting recipes that I’m sharing so you can check them out too. The first is from Flippin Delicious and it’s for Vanilla Buttercream Vegan Frosting. She includes lots of tips and her favorite secrets to making frosting. What the Fork Food Blog also has a great chocolate vegan frosting recipe.