Spider pumpkins make a simple, but spooky Halloween decoration that can be used as a candle or food holder. 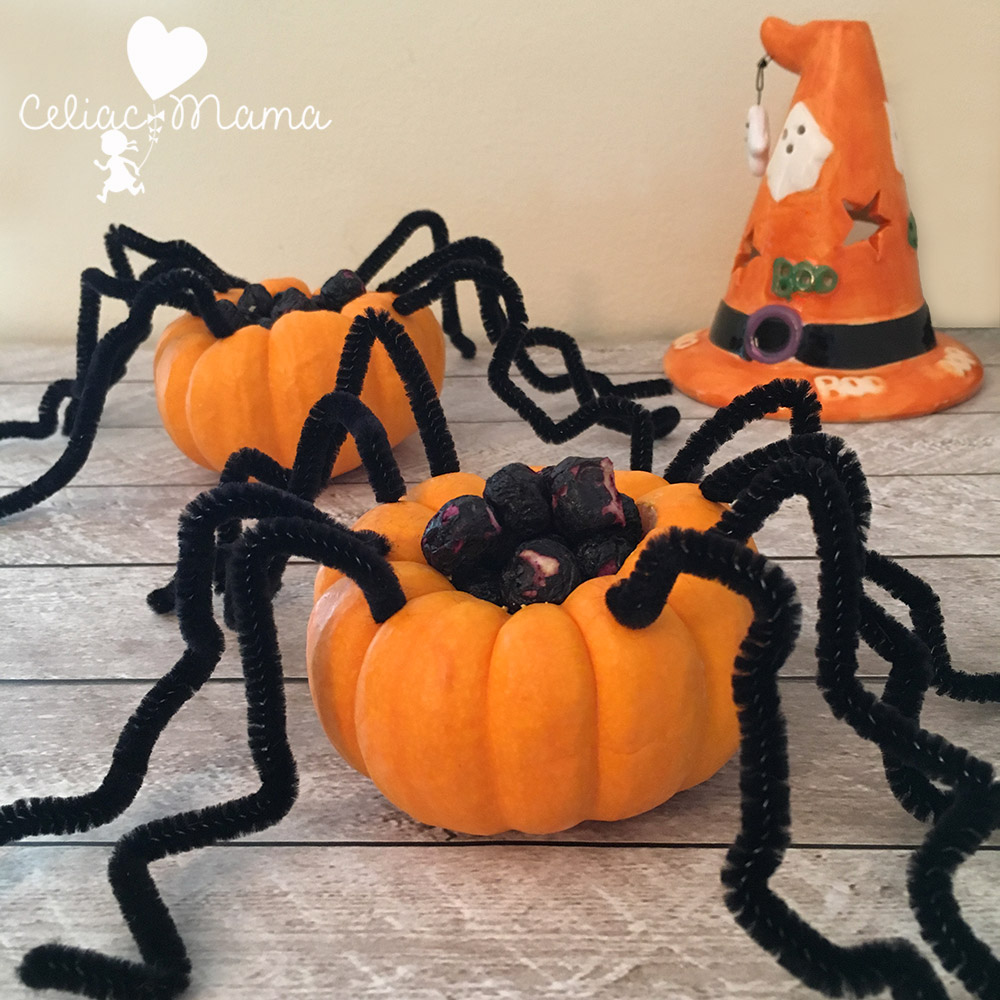 After creating the Mason Jar Mummies last week with my kids, I had Halloween DIY crafting fever. We had so much fun and I loved how they had versatile uses, so when Sunday was a rainy day we decided to do more Halloween crafting.

We had been to a pumpkin patch on Friday and came home with some cute mini pumpkins so it made sense to use them. Being that it was a rainy day, I didn’t want to have to go out to the store unless I absolutely had to, so I looked online for inspiration and found the idea for Spider Pumpkins on Good Housekeeping.  I had recently purchased a bunch of pipe cleaners from the craft store, so we were all set on supplies. 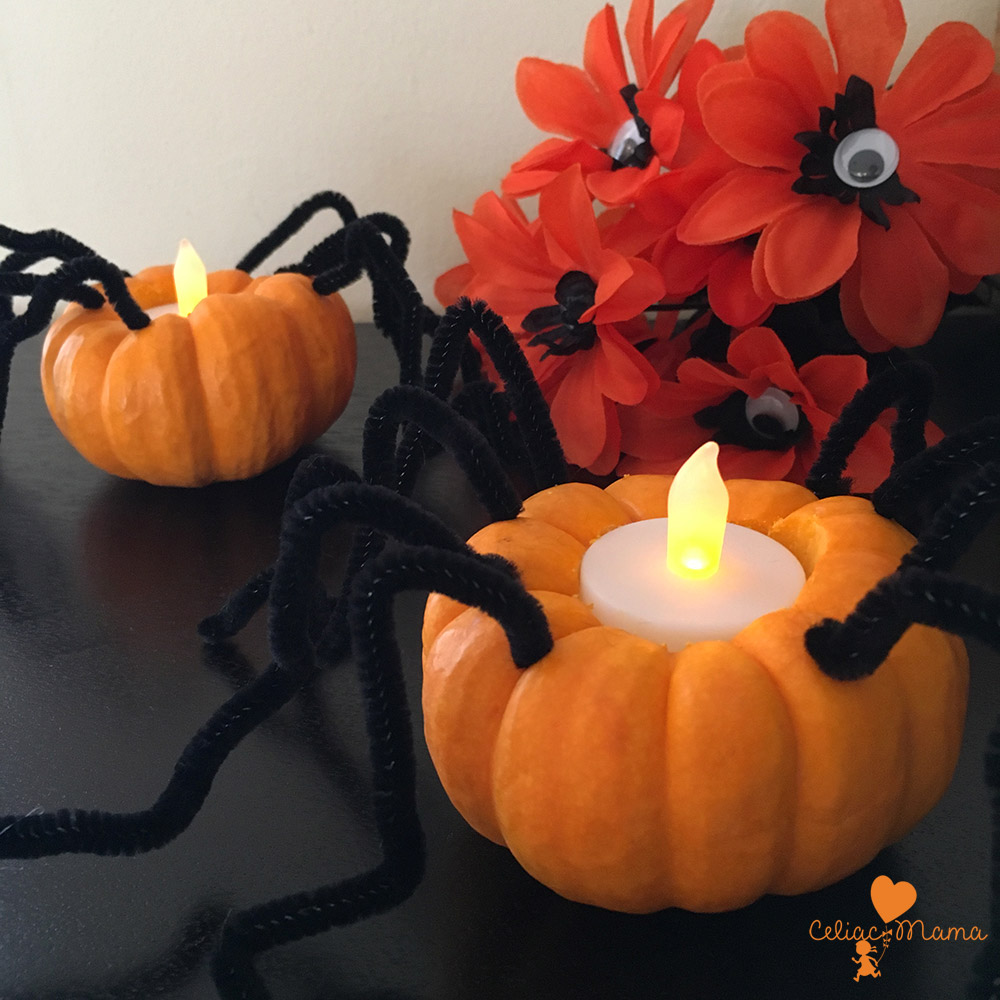 We used flameless tea lights instead of votive candles so that it wasn’t a safety concern for my kids. While we placed them in the pumpkins, I realized they could also work as a candy or snack holder. We used freeze dried blueberries, but candies and nuts would work well too. Apply this theme to larger pumpkins and you’d have room for all types of dips or candy bowls.

This was such a fun and simple project. If you want to make some too, here are the supplies you’ll need