Pancakes breakfasts are a big hit in our house. We often have them on Sundays as a family and I make homemade strawberry or blueberry sauces to go with them instead of syrup. When our family became gluten free, we tried at least seven different pre-made mixes before we found one that we really liked. For a while I was so excited about it that I didn’t notice that within 30 minutes after eating pancakes my daughter’s mood would crash and that would be followed by exhaustion….what I later realized was a blood sugar crash. I stopped serving them for a while, and then would try again with the same result so I was certain that it was related to the pancakes. 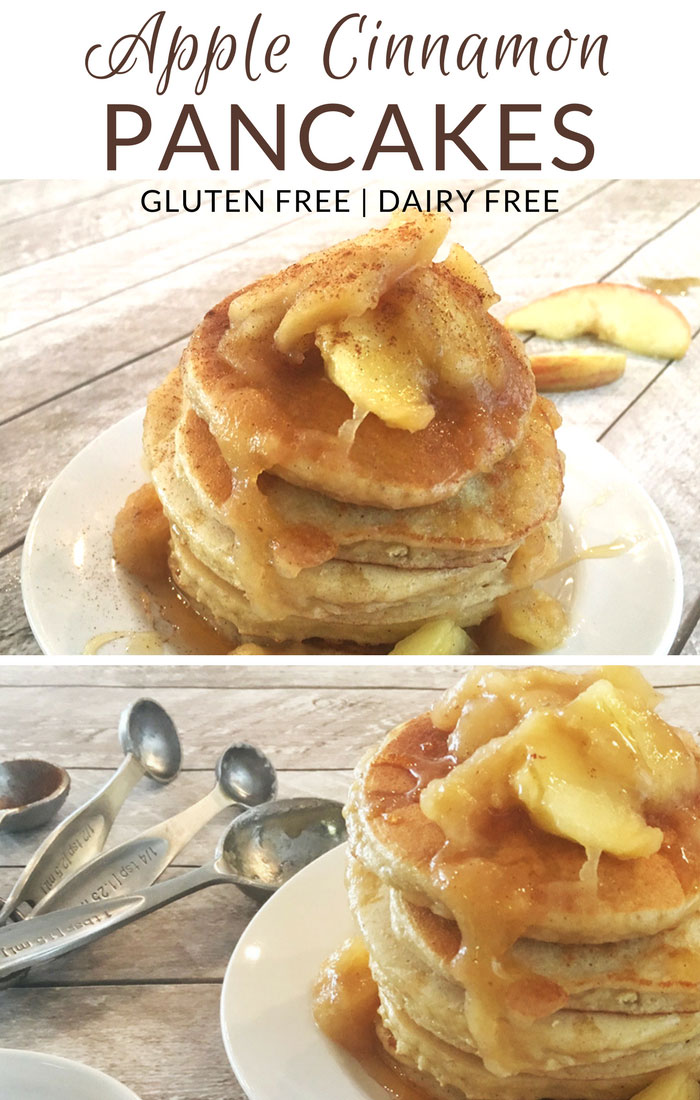 Before giving up on gluten free pancakes entirely, I decided to try my hand at developing a recipe with more protein. Barney Butter recently came out with awesome blanched almond flour and they were kind enough to send me some to try, so I started with that. My thinking was that if the pancake batter was more protein based and I didn’t add sugars that my daughter would avoid the blood sugar crash. I started experimenting and came up with these Apple Cinnamon Pancakes which are light, fluffy, and delicious.

Both of my kids enjoyed them, and the best part was NO SUGAR CRASH after. In fact, not only did my daughter’s energy level and mood stay elevated, but she also stayed full longer which reduced her need for morning snacks. So, it was a definite win and I am excited to share the recipe with you.

In the recipe below, I pair them with baked apples on top, but you could make these pancakes with any kind of topping you like. They are paleo friendly, gluten free, dairy free, peanut free and soy free. 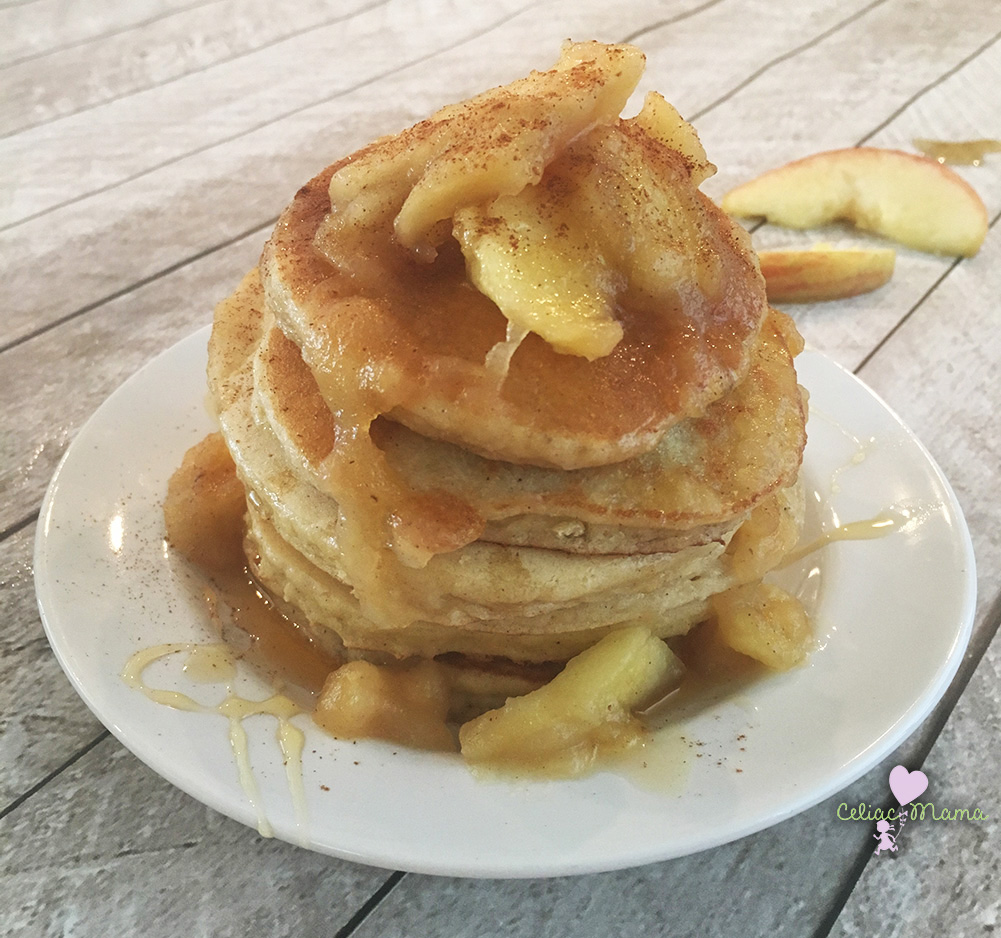 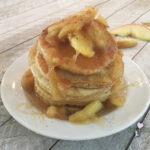 Toddler Twist: If your baby or toddler is not ready for baked slices of apple, chop them into bite size pieces or puree them for 10 seconds in a food processor before serving depending on their ability to handle textures and solid foods. It is not recommended to give a baby under one years old honey, so in that case I suggest replacing the honey in the pancake recipe with maple syrup and omitting the honey entirely from the topping.