Last week we had our first trip to the ER post celiac disease diagnosis. My daughter had croup – a respiratory virus that had been going around school and she was experiencing respiratory distress so we brought her to the ER. She received some medicine and is totally fine now, but I learned some valuable lessons through the experience that I want to share with you. 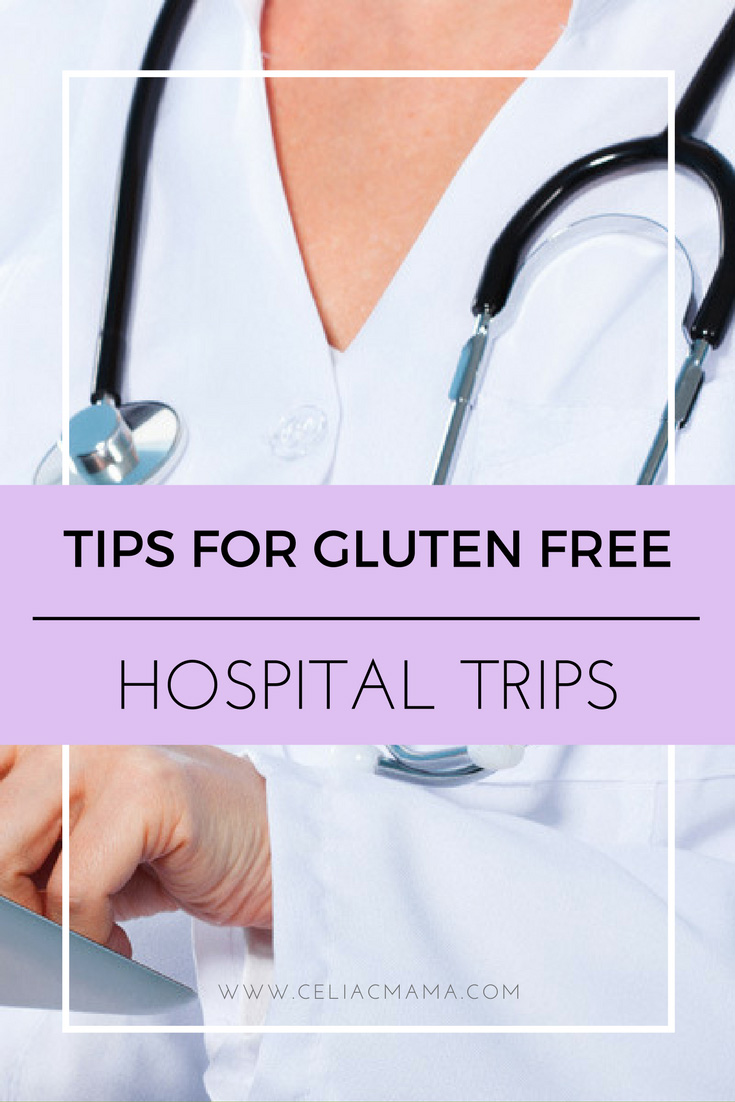 While they took good care of my daughter, I am still feeling frustrated by the lack of education about celiac disease to medical professionals. This is a highly regarded hospital with an excellent children’s program. We as parents of children with celiac disease, as well as celiacs, have to keep our guard up so much of the time – going out to eat, birthday parties, play dates, at school, traveling – and I had falsely assumed that we didn’t have to do so in hospitals. I know that there are several nonprofits working diligently to increase celiac disease awareness and that it will get better, but in the meantime I hope that the three tips above help you.